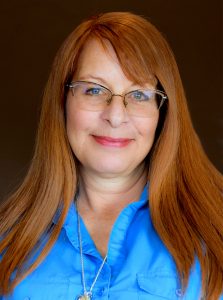 A distinguished educator of more than three decades, Paula D. Kaylor first earned a Bachelor of Arts from North Adams State College in 1984, followed by a Teacher’s Certification from Southeastern Mass University in 1986. Later, she achieved a Master of Education from Cambridge College in 2005. Ms. Kaylor commenced her professional endeavors as a substitute teacher in 1986, which she did until 1993 when she was offered a teaching position at Edmund P. Talbot Middle School. After 16 years in the latter post, she then taught at Fonseca Elementary School from 2009 to 2010.

Currently, Ms. Kaylor has excelled as a teacher at BMC Durfee High School since 2013, as well as a high school English teacher with the Fall River Public Schools for the past 36 years. In her present role, she is responsible for teaching high school English college preparation classes. She also served as the district recertification consultant, standards-based unit facilitator and a member of the district curriculum leadership team. To remain abreast of her field, Ms. Kaylor is a member of several education organizations, including the Fall River Teachers Association, the Massachusetts Teachers Association and the National Education Association.

Reflecting on her career in education, Ms. Kaylor attributes her success to being straightforward with her students and giving them the opportunity to improve at their pace, knowing that she has high expectations of them. Along with guiding students throughout their academic journey, she considers a particular highlight has been garnering the largest youth team in the nation for the American Cancer Society’s Relay for Life. She notes that hundreds of students from Fall River Public Schools come back every year, sometimes with their own families, to donate and participate in the event.

In addition to her varying roles and responsibilities, Ms. Kaylor previously served as the president for the Fall River Evening Lions and the Boys and Girls Club of Fall River Alumni Association. She is also a former executive director, chief operating officer and secretary of the Kappa Delta Phi National Affiliated Sorority, as well as a former union president from 2010 to 2013. Notably, Ms. Kaylor has been the recipient of a 2004 City Recognition Award, 2000 Kappa Rose Award and 1996 Golden Apple Award. Looking ahead, Ms. Kaylor plans to ease into a well-deserved retirement and also attain her captain’s license so she can sail the seas and travel more often.

Site powered by Who’s Who Publishers